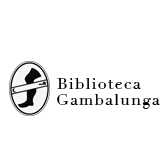 A journey into the past with the technologies of the future

For documents and wonders. 400 Years of History: that’s the title of the exhibit set up within the ancient halls and in the Galleria dell’Immagine of Rimini’s historic Gambalunga Library, founded in 1619 at the behest of legal expert Alessandro Gambalunga. The exhibit celebrates the 400th anniversary of the institution itself, which has preserved and protected the local culture over the centuries, and thus fully expresses the identity of the city, its illustrious figures, and its common people.

With the contribution of Maria Cecilia Antoni and Nadia Bizzocchi, the exhibit is curated by the library’s manager, Oriana Maroni, and historian Piero Meldini, who wanted to complement the traditional itinerary of exhibits with a digital experience capable of stimulating greater engagement on the part of the visitors. The goal was to create an innovative installation that would highlight the relationship between the library and the city, through images that have a special place in the hearts of Rimini’s inhabitants.

The dialog with the exhibit’s curators revealed two distinct requirements. to create an experience that would celebrate Rimini and its history through a collection of audio and visual materials, and to render manuscripts and period documents available to visitors.

For the first requirement, we conceived of a Chamber of Wonders designed to amaze and fascinate visitors, in which the physical space virtually expands to immerse them in fragments of films, images, animations and music recounting the city’s last century.

For the second requirement, we created an interactive table in which meticulous digital reproductions of historical codices and documents, which would otherwise be almost impossible to view freely in reality, were rendered available to visitors. The ease of the touch screen interaction, identical to that used on common smartphones and tablets, allows the visitors to zoom in and view the contents in greater detail, and invites them learn more about the culture by exploring and reading the documents themselves.

At the design level, the immersive room was located on the Library’s ground floor, in the Galleria dell'Immagine. It consisted of a continuous projection covering three walls of the room, resulting in a sort of animated ribbon over 16 meters in length. Working with the curators, we selected the contents to be displayed and the story to be told, thereby determining the expressive mood of the experience itself.

The large interactive table, on the other hand, was positioned on the first floor, in an area that encourages visitors to freely browse and explore its historical contents. The device itself was designed to fit in with the architectural context of the library, while the digital contents to be rendered available to the public were selected together with the curators.

For the projection on the ground floor, we chose various films and historical images to create an animated video consisting of over one thousand drawings, photos, vintage postcards, and illustrations, resulting in an historical fresco of Rimini spanning over a century: from the provincial city of the late 19th century, to the two world wars, the economic boom, the great film directors, like Federico Fellini, the discotheque and Divertimentificio era of the 1990s, and the seaside tourism capital of today. Each transition is highlighted by a soundtrack made up of various historical tracks, resulting in an exhilarating multi-sensory journey through time.

The interactive table positioned on the first floor, on the other hand, was designed to allow visitors to browse and explore precious ancient manuscripts and texts. The installation is permanent, and allows books that would otherwise be inaccessible to be displayed in extremely high resolution, and with maximum fidelity to the originals. Thanks to the proprietary Touchviewer software, the texts can be brought to life through simple touch interaction, thus stimulating engagement by visitors of all ages.

A heritage that’s been brought back to life

The widely anticipated exhibit was inaugurated on 25 October 2019, following a crowded meeting held in the Film Library hall, which was attended by the exhibit’s curators and the Mayor of Rimini, Andrea Gnassi.

“It’s an event designed to allow visitors to explore the history of our city and experience the wonder of knowledge through the Library’s cultural heritage,” declared Oriana Maroni, the Library’s manager, “... because history and knowledge are not merely passed down through documents, but also by generating amazement and wonder.” The exhibit will remain open until 26 January 2020. 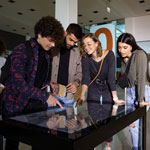 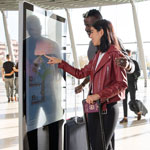 Offer advanced digital environments with which to bring citizens closer, open new spaces to interact with them, and provide innovative services. 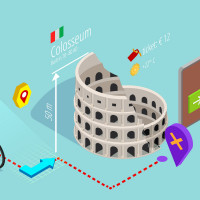 The challenges of the Digital Transformation to bring greater value to Italy's national territory. Is the Public Administration ready? 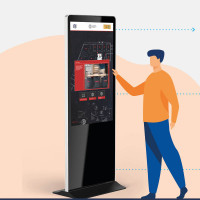 Interactive Tables, kiosks and Touchviewer software at the Tourin University

LIFE, the new multimedia space at the Tourin University 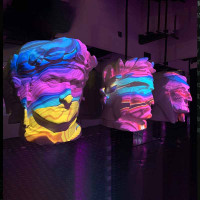 RECOGNISING DANTE THROUGH THE POWER OF IMAGES

Ravenna’s Dante Museum becomes a place of time into time, where the modern interactive and multimedia aspects combine with prestigious historical artefacts of inestimable value. 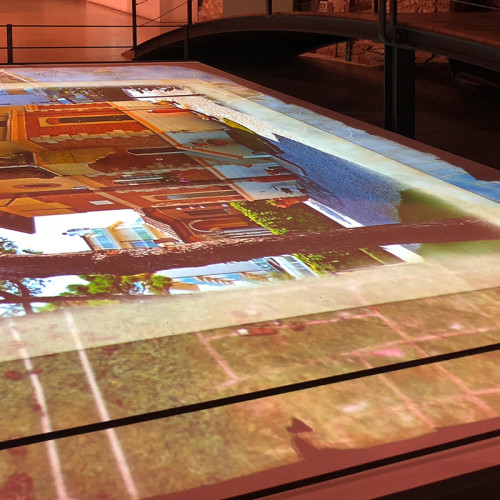 A virtual journey through the locations and the traditions of sea salt. 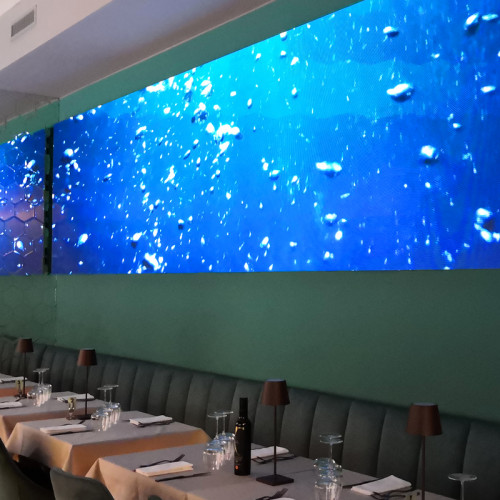 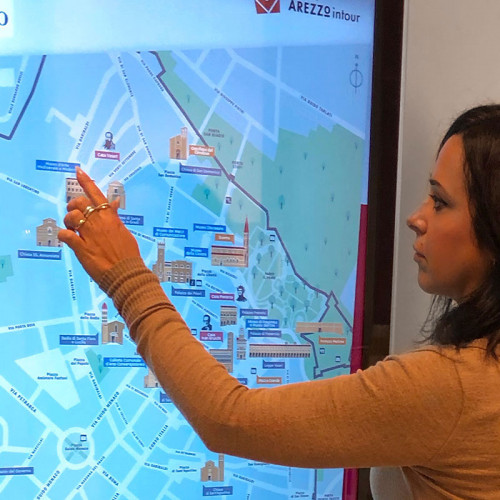 A touch of Arezzo

Multimedia and interactive kiosks for a new engaging experience.